Halloween celebrations are in full swing. Pumpkin picking has been booked if not already completed by most, spooky tractor rides and mazes are open and delicious and heavenly foods are available. Hog Roast Knaphill catered for a Halloween/Gary’s 50th party. Gary’s wife Angela had organised everything and was thankful for the efficient pre-event communication, this is always the case with Hog Roast Knaphill. Angela had thought that a joint-themed party would work wonders as it would keep the kids entertained whilst the adults partied for Gary’s half a century milestone.

Gary is a massive foodie and since Angela and Gary had done a Hog Roast for their 25th wedding anniversary recently, had selected Hog Roast Knaphill’s Southern Slow Roast feast. Gary of course had the honour of deciding which meats and sides guests would be having. Gary had decided on the lamb, which was completely tender with a hint of mint, BBQ pork ribs that just fell off the bone and was an explosion of sweet favour in the mouth, and the Bourbon BBQ pulled pork which was incredibly moist and flavourful! To accompany the delicious meats, Gary had picked the buttered corn cobettes, creamy potato salad with fresh chives and heavenly Mac and cheese. The Mac and cheese was apparently chosen for Gary’s twin daughters whose favourite comfort food was Mac and cheese! 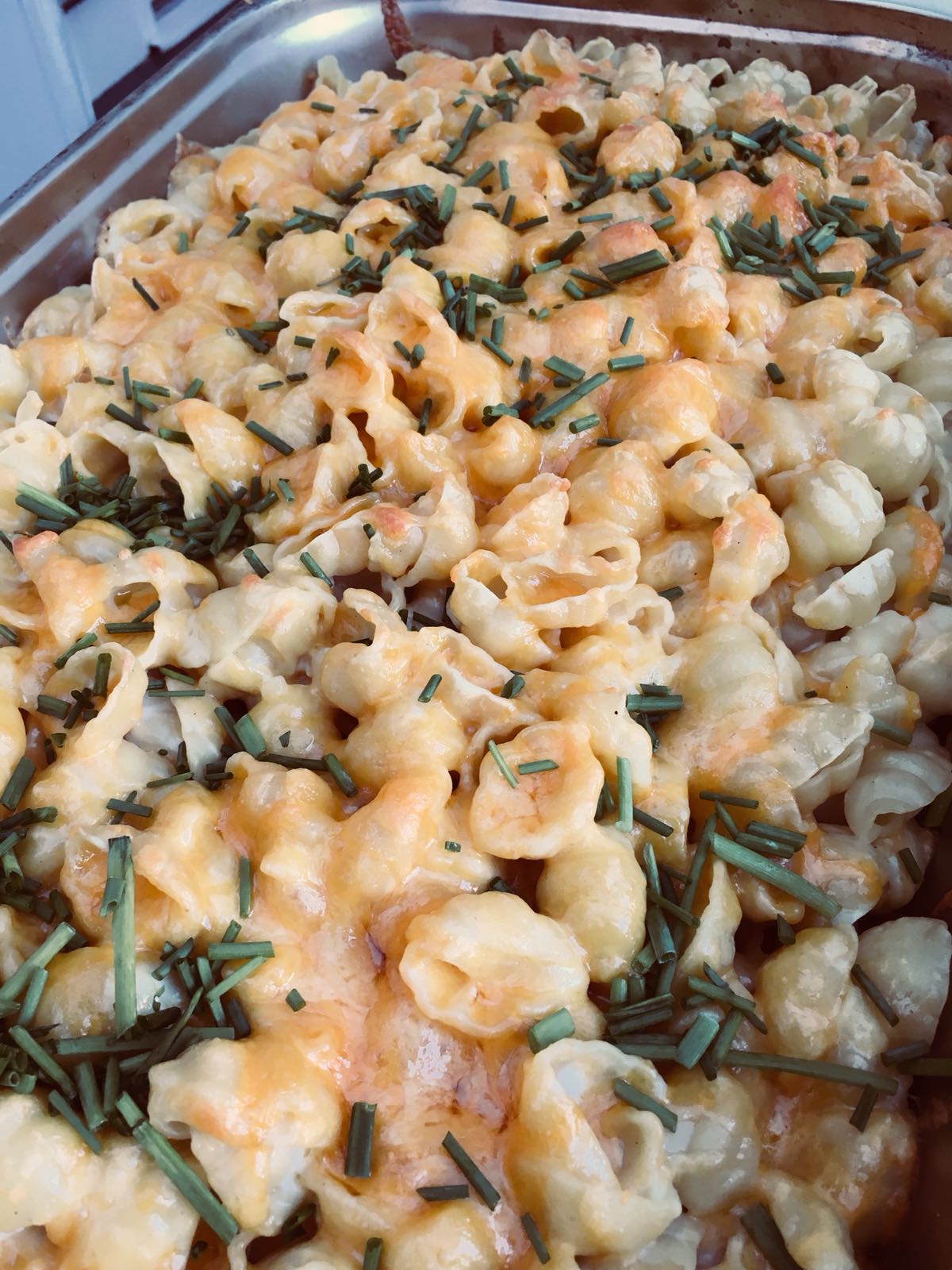 The guests fully indulged in the delightful food with many having a go at seconds. Gary’s twin daughters loved the Mac and cheese, both having a big portion topped with the BBQ pulled pork which they thought completed the pasta dish well.

Since Gary wasn’t a cake person, Angela had secretly added on desserts on to the menu, opting for the divine chocolate torte and the light and impressive profiterole towers. As it was Gary’s birthday, he got to taste both but not before everyone singing happy birthday and a sparkler candle being popped into a chocolate torte!

Gary being an absolute legend had dressed as a pumpkin, the costume was inflatable and completely brilliant. Hog Roast Knaphill has noted where he got it from the next year!